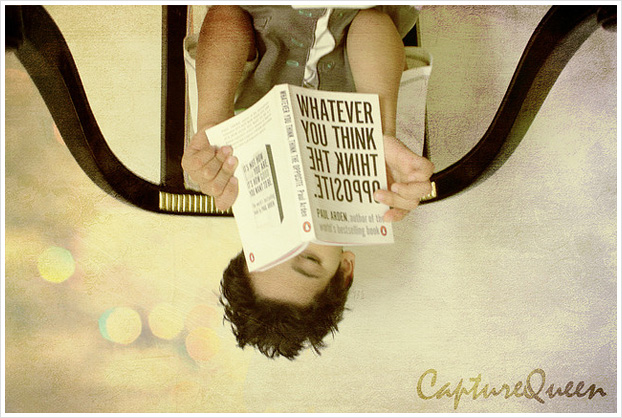 We live in boxes, sleep on boxes, pour our breakfast out of boxes. While hurrying to class or work we run along with our lunch boxes, and after a long day of hard work we order takeout dinner and yes, you guessed right, we eat it out of boxes. When the box in which we preserve most of our food gets empty, we jump into our four-wheel boxes and drive off to big box stores to buy more boxed food.

So how exactly are we supposed to think outside the box?

Kids do. If they don’t know something, they’ll still give it a try because they’re not scared of being wrong. Here’s a quick story for you: A five-year-old girl in grade school hardly paid attention or concentrated in class. During art class one afternoon, her teacher noticed she was really focused on what she was drawing. The teacher walked up to her and asked, “What are you drawing?” and the girl said, “I’m drawing a picture of God.” A little surprised, her teacher said, “But no one knows what God looks like,” and the girl said, “They will in a minute.” Funny story – but the moral is that children are not afraid of trying. As we grow into adults we tend to lose that unhindered capacity to take risks and take the path less travelled.

During an interview after Thomas Edison invented the light bulb, he was asked by a reporter, “Mr. Edison, you failed 999 times while trying to invent the light bulb; why did you keep at it?” Edison responded,

Here are some tangible ways you can think outside this figurative box:

Deconstruct the box
Define the box in the situation you’re faced with, then look for unconventional solutions that most would consider beyond normal. Consider every possibility real and hypothetical – no matter how ridiculous they first sound.

Turn it upside down
Approach the problem or task from a different position. Ask yourself, what if the less important outcome of a problem becomes the most important outcome? Then what will the problem look like? The key is getting your brain untangled from seeing a task in the same way.

Ask a kid for advice
As previously noted, kids are not afraid of failing. If you’re looking for a fresh, undiluted perspective on something, seek the opinion of a kid. Of course not all kids will give you ideas worth pursuing, but at least you have the benefit of seeing things through the eyes of a child, and they’ll often give you the simple, no frills response that you may have thought was too “easy” to solve your problem. Think again!

creativity, outside the box, thinking