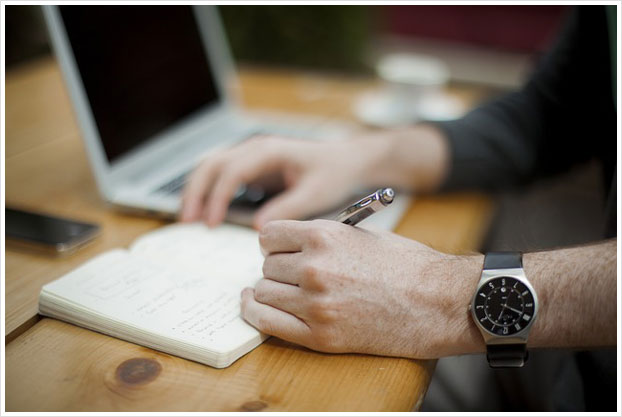 On Tuesday, April 29th, 2014, the University of Toronto Law Faculty Alumni gathered at 155 College St. to listen to a panel of three alumni authors: Kate Hilton, Guy Gavriel Kay, and Andrew Pyper. Justice Rosalie Abella, also a U of T law alumnus, mediated the discussion. Their topic of discussion: How does having a law degree influence a writer?

In the past few years, an outcry has populated the media: “Don’t go to law school!” This outcry has been accompanied by statistics urging students to save their time and money, and apply elsewhere. Employment rates for law graduates have dropped. Law graduates are in an employment rut, and potential law students are discouraged from applying to law schools. In March 2013, Time named the law graduate situation a “near-depression-level job market.” A month later, U of T law graduate Kate Hilton self-published her first book, The Hole in the Middle, to critical acclaim.

Accordingly, during the panel, neither Hilton nor her two fellow panelists said they regret their law degree. Instead, they said their law degree equipped them with skills that aid their writing career. In Time’s depression-level job market, these three authors created their own employment. Of course, potential law students should take their success under advisement; each case is unique. But as discussed by Hilton, Kay, and Pyper, a law degree has its uses outside employment in the legal profession. The skills law school cultivates can be applied to any profession requiring methodology, intelligent research, the creation of logical arguments, and general mental discipline. Hilton says that the long hours she spent studying and researching cases helped her develop a mental rigour that she continues to apply to her current work.

Writing, especially in the world of fiction, is a natural extension of the skills required to succeed in law school. Crafting an argument from existing laws is difficult, but crafting a fictional narrative containing multiple storylines, which are themselves logical arguments, from scratch is perhaps even more demanding; especially demanding if the author is working without motivation from an employer, client, or business partners. Authors must self-motivate.

Despite the organic applicability of law school skills to writing, no profession is perfect: all three authors agreed that it is generally impossible to make a decent living as a writer. Writing is decadent, an indulgence. Without a strong readership, a rich spouse, or steady day job, the pen alone cannot forge a living.

Hilton, Kay, and Pyper all agreed that social media is a necessary evil for the modern author – particularly Twitter. Hilton says she soon acclimatized to Twitter after her agent convinced her it was a necessary tool to maintain a strong fan base. Hilton is the newest and least experienced of the three authors, having self-published her first book last year. Middle merited such an enthusiastic response from readers that HarperCollins Canada republished the book later that year. Hilton’s self-published start differs from Kay’s, who started his writing career with an agent.

Kay, a fantasy and historical fiction writer, has a consistent international following, and by this token is able to scrape a living. He is the only panel author to have published a series (his first was The Fionavar Tapestry Trilogy). During the reception after the panel, Kay’s autograph line was obviously the longest. In Kay’s undergraduate, he sold the first three chapters of The Summer Tree as a trilogy deal through his agent. He immediately flew to Greece and bought a used typewriter upon arrival. Hence, the Fionavar Tapestry Trilogy was born, and Kay’s writing career began. Given the economic differences between 1987 and present-day Europe, Kay’s manual Grecian method is not financially possible for today’s broke writers; even with newly earned book deal cash.

Andrew Pyper also has a noteworthy following which is admittedly more glamorous than either Kay’s or Hilton’s. Pyper has written five novels, two of which are being adapted into feature films. Pyper started strong with his first full novel, The Lost Girls, which made his name in 2000 and is set for release as a feature film this year. The film rights for his new book, The Demonologist, have already been sold to Universal Pictures. Pyper and Justice Abella discussed an incident in the ‘90s where he helped push a car blocking Margaret Atwood’s parking space. Atwood had parked in a covetous professor’s parking spot on a visit to U of T, under invitation from Justice Abella, and had been suspiciously blocked in by another car. Justice Abella always remembered the incident, but until then, the panel had not known who the helpful, muscled youth was who helped free Atwood’s car (a photo of Atwood and Pyper moving the car can be found on Pyper’s website bio).

The panel concluded that a law degree does not aid a writer’s ability to gouge a living out of the tough economy – some aspects of success are pure luck – although it does give you the tools to write a convincing novel. However, a law degree is not useless. Writing a novel requires more than commitment to an idea. It requires a methodical approach and the capacity to execute that methodology. To fabricate a fictional universe operating under fictional laws and featuring fictional narratives requires discipline.

The mental discipline required to complete law school, especially at a high caliber institution such as U of T, endows a law student with a lifelong capacity for self-discipline. A control that can be applied to many fields, including writing.

Helen Picard is a fourth year student at Trinity College, the University of Toronto, specializing in history. She is involved with several publications as both a writer and graphic designer, and hopes to one day create her own online platform for reading, writing, and cultivating creativity.
View all posts by Helen Picard →