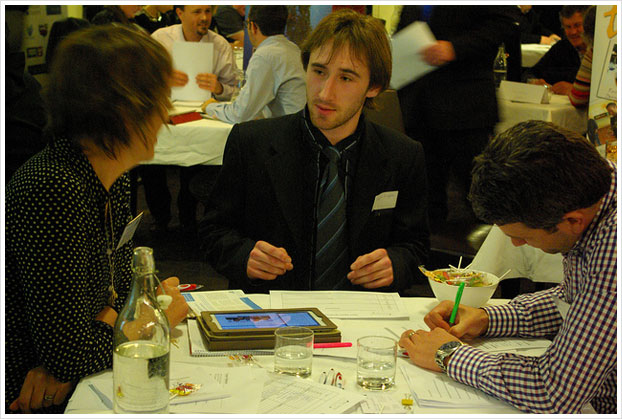 I’ve been at my internship for nearly two months now! It feels like I just started yesterday, but when I think about everything I’ve accomplished and learned, and the new relationships I’ve formed, I realize just how long it’s been.

The common stereotype of the unpaid intern is someone who gets coffee and does other mindless tasks for their superiors. Sometimes I am asked to do things like that (never coffee though, that would be disastrous), but not too often. Usually I’m assisting with larger projects.

When I am asked to do menial tasks, I follow this tried and true advice:

When assigned a task, such as to make coffee, make the best damn coffee they’ve ever seen.

I don’t know why I keep using coffee as an example when this has literally never come up for me. I suppose the coffee itself is a stereotype! A better example – when I’m asked to enter data into spreadsheets, I do it faster (and more accurately) than anyone has ever done it before. And then I say, “What else can I do?” By getting this sort of thing out of the way, you not only impress people with your dedication, but it allows you to have the time to move on to other projects that might be of more interest to you. You’ll hear this all the time, but it is truly one of the only pieces of advice I can honestly say that everyone should always follow, no matter what the situation.

That said, the major projects that I get to work on are really exciting. My superiors are very dedicated to making sure that I get something out of this internship – real, valuable experience in which I’ve learned a variety of different skills. I could judge this just based on our first interview – I was asked what type of work I would like to be doing, and how it would fit into my academic and professional goals. So don’t feel like all internships are a waste of time because that’s all you’ll do! Chances are it won’t be. If you’re lucky enough to be able to choose where you work, look for employers with an attitude like this, and don’t be afraid to tell them exactly what you want. You’ll be nearly guaranteed an enriching experience.

That’s it for now – I’ll be back next month with updates and more tips for you guys! In the meantime, you can follow me @chelsearrr on Twitter. I’m always ready to talk internships or anything mental health.