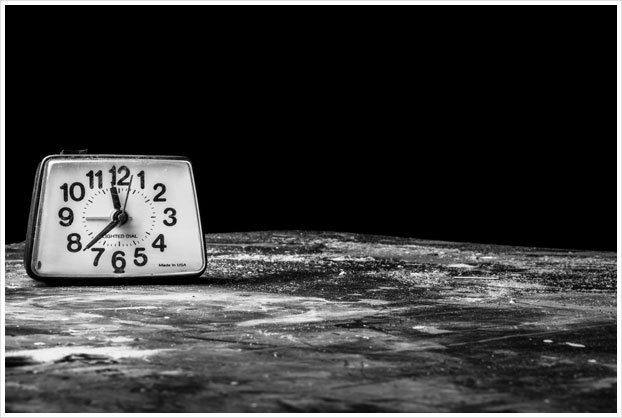 As I walked into my first day of university classes, I flashed back to all the warnings I had received from my high school teachers over the past couple of years.

“Time management is vital once you enter university,” my Economics teacher would tell me.

“If you can’t balance your time once you get to undergrad, you’re in for some trouble,” warned my English teacher.

So as I opened the door to my very first lecture hall, I was fairly intimidated. Could I handle all that was about to come at me? I was already working part time and playing in a hockey league; before second year started, I was about to have a second job. Was this all going to be impossible?

The answer was no.

After some early struggles in the first few months as I adjusted to a heavier course workload, it dawned on me that life was leaving more than enough time to bear down and study, if I only wanted to take advantage of it.

I learned to “work the clock.” Yes, I finished work every Friday night at 10:30 p.m. But instead of heading home to watch two hours of HBO and crash like most of my colleagues (the job involved lifting fridges), I would lay out my books and make notes as I had a late dinner. I gained two hours a week right there.

Saturdays, which were typically a night that I got together with friends (balance), I would spend the time in between working my second job and getting ready to go out reading a few chapters. Not only did it calm me down after another busy work day, but I felt refreshed before heading out to see friends, and I’d knocked down another two hours of work.

I would do the same before hockey on Sunday nights, and spent about 50% of my free time in between classes at school doing work. The other 50% I spent with friends, which I found recharged my batteries and gave me the energy to prepare for another few hours of schoolwork that night.

After graduating, I was hired full-time by that second job of mine; the time management skills I had built during university had helped me take on various projects in the office that led to the offer.

Was I busy during my university years? Absolutely. Yet eliminating excuses and finding the time to work and the time to relax led me to a career path that I’m quite proud of, and looking back, I don’t ever remember feeling as if there weren’t enough hours in the day. There are. You just have to use them to your advantage.