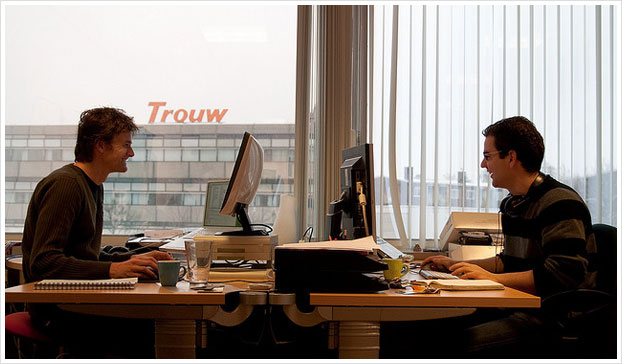 Well, as you might have noticed, summer has come to an end and school is back in session. Time for the craziness to begin again. In fact, I’ve already been so busy that I haven’t had time to write this post until now.

Now that I’ve been away from it for a week or so, I can say that I genuinely miss my internship. Office life, yes, the work, yes, but mostly the people. I was heartbroken that I would have to say goodbye to these people who, without knowing it, made the second most difficult summer of my life bearable. At the beginning of summer, I had just received some bad news, and I felt like I had to start my entire life over again. Now, somehow I’m a completely new person, with new interests and skills and friends and confidence, and I would be remiss if I didn’t give some credit for that to the place where I spent the majority of my time.

It was so gratifying to see the projects that I’d been working on for so long completed – I got to see a PDF of the designed version of the manuscript I’d been working on, and apart from one glaring misstep on the part of the graphic designer, it looked amazing. I can’t wait to get a copy to show off. Both of the videos that I filmed were released, and you can watch the one that I starred in, about bullying, social anxiety, and depression, here. It was decided that I would contribute to the blog I edited myself, as a writer this time.

I started out wobbly – like I was pushed off a cliff and I wasn’t sure if I was going to survive or not. But not only did I make it to the ground safely, it was a perfect landing. During my last week at the office, I was offered a part-time position with the organization, doing what I had already been doing but mainly from home, and for money. Of course, it doesn’t pay well, and the details are still hazy, but I was blown away.

I guess if I had to pick one thing that I hope readers take away from this series, it would be this – believe in yourself. Like really believe in yourself; even if you think that you’re the exception to every rule out there, and people just don’t get you, and your life just sucks. Believe in yourself. I was never the girl who got the guy, or anything else she wanted for that matter, and over time I’ve learned to expect failure or mediocrity at best. I’ve gotten better at encouraging myself to try things anyway, and do what makes me happy, but I don’t expect these things to be successful. Expecting success seemed arrogant and ridiculous. But maybe it’s not. Understand that there’s always the possibility of failure for everyone, and that no matter what there will always be challenges, but ultimately, expect success. It just might happen. That’s what I’ve learned.

I hope you’ve enjoyed following my little journey, and I encourage you to follow me on twitter @chelsearrr, where I post far more frequently than I should!