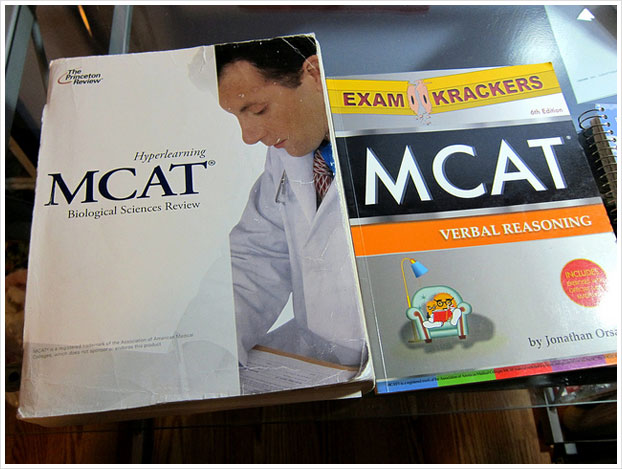 To keep up with the rapidly advancing field of medicine, the Medical College Admission Test (MCAT) is receiving a major content overhaul in 2015. With so many changes, here’s what you need to know about the new MCAT.

The MCAT remains a computerized exam with strictly multiple choice questions. However, the new MCAT will be significantly longer than the older version; the new test runs approximately seven and a half hours compared to the five and half hour length of the old exam. Optional ten minute breaks are offered after each section of the exam and a thirty minute lunch break is available at the midway point.

The cost to take the MCAT is also increasing $25 USD to the new standard fee of $300 USD. There will be financial aid available though, as those who qualify for the MCAT’s Fee Assistance Program will only be charged $115 USD to register. Furthermore, the MCAT will not be administered as often as it was in previous years. In 2015, the MCAT will only be administered 14 times beginning in April and ending in September. This does not mean there will be fewer seats available to take the exam. The Association of American Medical Colleges (AAMC) is expanding their network so as to offer the same number of seats, but with fewer dates. Note that the last chance to take the old MCAT is in January 2015, as registration for the new MCAT opens in the next month.

The new MCAT aims to test students’ skills in four different areas: knowledge of scientific concepts and principles, scientific reasoning and problem solving, reasoning about the design and execution of research, and data-based and statistical reasoning. It does this across four sections.

The first section students will encounter is called the Chemical and Physical Foundations of Biological Systems. Students will have 95 minutes to deal with 59 questions that cover areas such as the governing principles of chemical interaction and reaction, plus the physical principles that are used to understand the processes of living organisms.

Next up is section two: Critical Analysis and Reasoning Skills. It runs 90 minutes and contains 53 questions. This is the non-science section of the MCAT, as it challenges students’ ability to comprehend and critically analyze texts related to the humanities and social sciences.

The last two sections on the MCAT are both 95 minutes and consist of 59 questions each. The Biological and Biochemical Foundations of Living Systems section tests the concepts of biomolecules and their contribution to cell structure and function, the assemblies of molecules, cells and organs, as well as the structure and functions of the main organ systems.

Finally, the all new Psychological, Social, and Biological Foundations of Behaviour section looks at the psychological, sociocultural, and biological factors that influence human behavior and the well-being of individuals.

The old scoring scales for the MCAT are being done away with. The 2015 MCAT will use a totally new scoring scale that is designed to emphasize scores in the middle of the scale instead of the top one-third. This is because research conducted by the AAMC has shown that students who score in the middle of scale and are admitted to medical school typically find success.

Thus, each section will now be scored on a scale from 118 to 132 with a middle point of 125. The scale for a student’s total score is the sum of each section scale, hence a range from 472 to 528 with a center point of 500. Compared to the old MCAT, the new version will provide a more precise estimation of students’ skills due to the increased number of questions they will face. Institutions will now be able to compare the individual strengths and weaknesses of their applicants more accurately.

Want to learn about other tests?