By Stephanie C. on December 8, 2014 in Entertainment 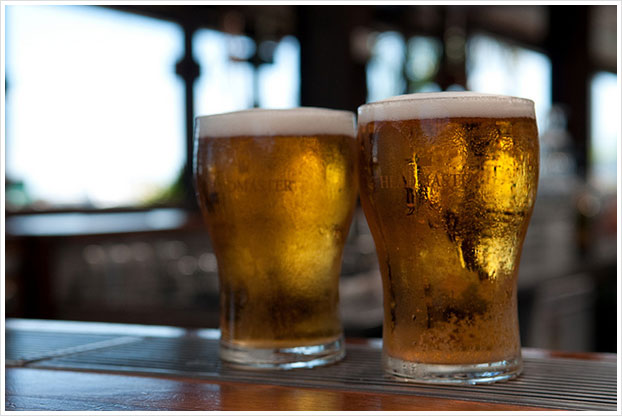 barVolo is a small cheese, beer and wine bar located in downtown Toronto. The family run bar, which has been open since 1985, is said to specialize in all things Ontario. barVolo does not accept reservations, and food is ordered at the bar, so you don’t have to worry about servers pestering you.

barVolo not only imports and brews beer but also runs a beer festival called “Cask Days.” Cask Days has been taking place every October since 2005. You can find out more about it at www.caskdays.com.

Let’s get one thing out in the open – if you’re looking for a spacious bar to wander around in, this is not the place for you. It’s a small place, but one I was immediately impressed by upon entering. The décor was pleasing, though I found the place too small to appreciate its beauty. The atmosphere, which seemed to emanate from the Victorian interior, gave it a traditional bar feel. This is contrasted with a restaurant sensation, which is common among many modern bars. The outside patio was adequate but had limited seating, again in a small, enclosed space. The tables were mostly for two. One could spread their party out on the benches, which are similar to restaurant booths, but the crowd would be sitting in groups of two. Likely not ideal for your big birthday bash, but if you’re catching up with a friend like I did, this will be perfect.

The food was tasty. My friend had the pulled pork sandwich, while I had the steak and cheese. We both ordered fries on the side. Both were served in small portions and looked like burgers. There is a wide selection of alcohol to drink after or with your meal. I tried a glass of Chardonnay, and you won’t hear me complaining. The sweet citrus hints hit my tongue like a ray of sunshine on a fall day.

Prices were fair, coming out to about $25 per person. barVolo is walking distance from the Eaton Centre. It is open until 2:00a.m. every night, so you can visit the bar after city crawling – the only disadvantage of this is food is not served past 12:00a.m.

Despite the positive Google reviews, I found barVolo to be mediocre. The size of the portions were disappointing, and the space was small and congested. A larger venue would have been more visually appealing. For my purposes, catching up with a friend, I had a good time. I give barVolo a 5/10.