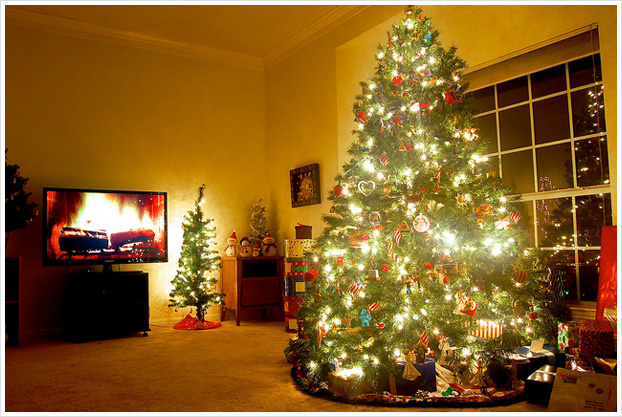 The Christmas season is all about hot chocolate, candy canes and gingerbread men. But it wouldn’t be complete without Christmas movies. Christmas movies make a great break from studying. They’re perfect for get-togethers with family and friends. Let’s not forget they can be used for entertaining purposes on Christmas Day.

Christmas movies help you get in the Christmas spirit, as they are usually feel-good movies. And of course they are entertaining, making them a good way to pass the time. There are many Christmas movies out during the holiday season. Which ones are the best to watch?

1) Christmas with the Kranks: This film stars Tim Allen and Jamie Lee Curtis. They play a couple who decide to take a vacation to escape the hassle of the holidays. Their unconventional decision has their neighbours in a frenzy, as the Kranks usually hold a Christmas Eve party.

2) Home Alone: 8-year-old Kevin McCallister is accidentally left behind by his family who are travelling to France for Christmas. As the family struggles to find Kevin (Macaulay Culkin), he is forced to ward off burglars who are attracted to his lavish home. Kevin schemes to scare away the enemy, filling his house with outlandish traps for the thieves.

3) Dr. Seuss’s How the Grinch Stole Christmas: In the town of Whoville, everyone loves Christmas. The Grinch, a creature who resides just north of Whoville, despises Christmas and the Whos. He occasionally pulls harmful pranks on them. For this reason, all the Whos hate him. The Grinch, played by Jim Carrey, attempts to stop Christmas celebrations.

4) Four Christmases: Kate (Reese Witherspoon) and Brad (Vince Vaughan) plan a Christmas vacation. They pretend they are doing charity work overseas to escape their dysfunctional families. To their surprise, their flight is cancelled and they are captured on a news channel. Their brief television appearance alerts their families that they will be home for the holidays. Brad and Kate are forced to make Christmas Day visits to all four of their divorced parents.

5) Elf: This movie tells the tale of an elf seeking his biological family. The so-called elf crawls into Santa’s bag as a baby, and the oblivious Santa Claus takes him back to the North Pole. The elf, Buddy, is then raised by “Papa Elf.” Buddy is tasked with the duty of saving Christmas by getting people to believe in Santa.

You may find yourself with nothing to do this holiday season. You may be tired of the regular celebrations. You may be lacking company. You don’t have to be bored, though. Watch a Christmas movie to entertain yourself. You may just be glad you did.