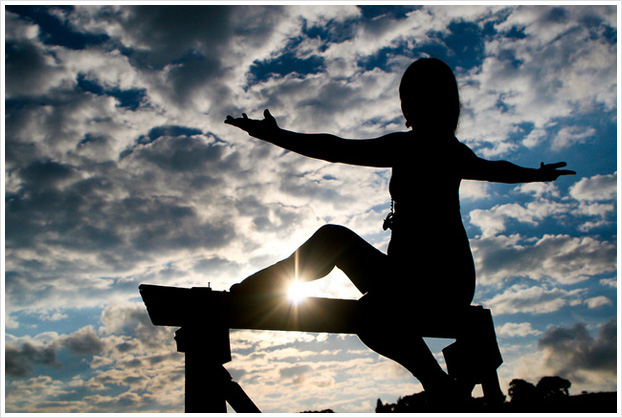 In university there are only two months of the year that really matter – October and February – or, as I personally refer to them, the Midterm Months. Let’s be honest; September is a write-off. Yes, you should be preparing for the eventual demise of any semblance of a life you may or may not have had outside of academia. But honestly, while everyone starts out with the best intentions, most of your time will be spent trying to keep on top of everything as you enjoy the remaining “due date free” weeks. January is the same, unless of course you have full year courses – then good luck with those midterms you should have been studying for over Christmas break. Why not say December or April? Well, assuming that the average student is enrolled in mostly semester long classes (at least at a Canadian university), these are your exam months. While it may seem as if I am belittling the importance of exams/final projects, believe me, I have done enough of them myself to know that would be a foolish endeavour. Nevertheless, classes are winding down or over, the collegiate social calendar is sparse and your motivation to pass is kicking into high gear. Jump to October, which bleeds into November (or February which carries over into March) and life is going high speed. In these months there are no safety nets or extra seconds. This is how you control the chaos and come out ahead.

The first thing you need to do is devise a plan of attack. Literally, you need to visualize what you have to do as a function of when it has to be done. This can mean one of two things (but as per the unwritten code of higher education is actually means both). First, you need to know what the due date is for each assignment and the writing day for every test. All of that information should be in the syllabus you received on the first day of class for each of your courses (if you don’t have a hard copy, it’s probably on the course’s online companion site). However, always clarify these important dates if your professor has not yet mentioned them in class. Any changes made to these dates will usually be announced well in advance, always in class and usually online, so if you are not in the habit of making a regular appearance at lectures make sure you know someone who is and touch base with them occasionally.

Once you have all of these dates, record them digitally on your Google/iCalendar, colour code them by class and set reminders (you’ll thank yourself later). If you still use a paper planner, jot them down there as well using a different coloured pen than what you usually write with (I favour red ink) or a highlighter to make ensure these entries stand out. Finally, make sure to include the exact time and location of each event. This will hopefully prevent you from showing up at the wrong time or in the wrong place (I have seen this happen on multiple occasions). Side note: if you have time, scout out the location beforehand. If you go to school on a large campus and the room is not where your lecture is regularly held, there is no guarantee that you are going to find is easily.

Next you are going to have to engage in the dreaded practice of time management. Better known as the skill most used to pad resumes and probably least put into practice. You need to figure out relatively how long it should take you to complete each assignment or study for each test, and then mark out the corresponding length of time on your calendar. This is where things are going to get tricky. Unless you are very, very lucky, these blocks of time are going to overlap; sometimes significantly (aka four midterms in one week). While making time to complete everything may appear daunting at this stage, it will feel near impossible if you are blindsided by it at the last minute. It is always better to know what you are getting into before attempting to accomplish anything.

Now that you have your detailed plan for the month(s), it is time to get to work. As the weeks wear on, your workload is only going to increase – it’s best to make a start when you still have some time to make mistakes. That said, you don’t just whip out your laptop and attempt to effortlessly complete the introduction to your term paper. You are only going to make yourself frustrated and view the task as futile. Once you start out with this negative mindset it is going to take more time and energy than you realistically have to change it and soldier on.

Instead, what you should be doing now is all of the preparation that will allow you to write/study effectively. These exact actions can take many forms, such as researching potential essay topics, consulting with your professor or TA, choosing an appropriate topic, and gathering/organizing all of your source material. You may need to do the required readings, pay attention in lectures and consolidate both of these sources of notes into an ultimate study guide. Do the legwork now and you will be halfway to a better grade without even technically starting anything.

While the other stuff you may have heard before and potentially tried to implement, this is what is going to make all the difference. No matter what your professors think or how your peers appear to act, you’re a student, not a machine. You are a human being that has needs and other interests outside of learning the course material inside out.

The most important, in both a physical and psychological sense, is rest. One way to get this much needed downtime is to sleep, and while you probably won’t feel as if you have time to get a solid 6-8 hours every night, it can make all the difference. However, there will be those days when even a 30 minute power nap is better than nothing. If you still need more convincing it has been shown that while you sleep, your brain is actually connecting and consolidating all the new information you’ve been taking in during the day. This allows for not only better retention of the material but also better retrieval come test day.

Despite sleep being the best way to recharge and refocus, also remember to take “awake breaks” and do something for yourself. Watch a TV show (one episode, not six), take a walk, text a friend or eat something delicious (and healthy of course). Be sure to do this before you begin to crash, and don’t stray from your original task for longer than an hour (15-30 minutes is ideal). Plan some longer fun activities and schedule whole days off from doing any kind of school work. You will find that you are actually more productive when you have something other than cramming to look forward to in a week.

Finally, don’t be too hard on yourself if you can’t stick to your plan. Life happens and it is better to deal with it and regroup than bemoan the fact that everything is ruined (which it isn’t) and you are going to fail (which you won’t). One of the most useful lessons you can learn is how to be flexible when faced with obstacles and how to keep calm in crisis. Once you’ve mastered these skills, you pretty much deserve your diploma on the spot (and maybe the Nobel Peace Prize).

Veronica S. is a recent graduate of Trinity College in the University of Toronto having received an H.BSc. in Molecular Genetics/Microbiology and Psychology. She is an avid reader, a reluctant scientist and a regular participant in marathons (of the TV variety).
View all posts by Veronica S. →