By Guest Author on December 5, 2017 in Academic Life 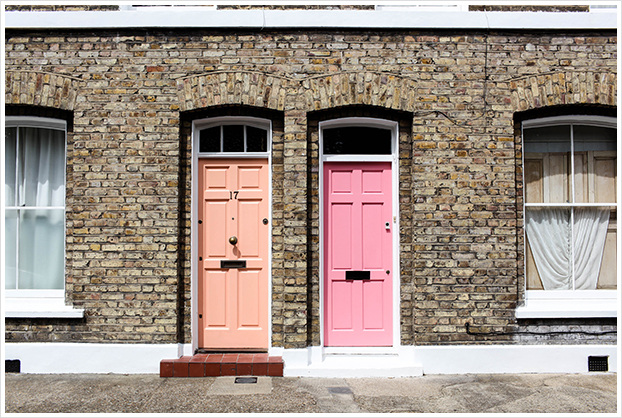 Photo by Gleren Meneghin on Unsplash

Living in a dorm can be heaven or hell. You can make a ton of friends or a host of enemies. And this can make your studies easy, or incredibly difficult. The fact that you clicked on this link shows that you have an intent to make a few friendships, but as the road to hell is paved with good intentions, that alone won’t do.

You’ll also need to know what to do (and actually do it, of course) to make sure that your dorm becomes a phenomenal place filled with fantastic people. So here are some of the things you’ll want to consider:

The thing to realize is that your way isn’t the only way to live your life. Everyone has their own vision of what is right for them. Be accommodating to that. Understand that just because they don’t like what you like doesn’t mean they’re necessarily bad people. They’re just different.

And what a boring world this would be if everybody was just like you.

Being flexible does not mean swallowing everything other people do until you explode. That might keep the peace initially but can cause all sorts of resentment down the road. Instead, make sure you communicate clearly and ask other people to do the same -right from the get go.

Do note that ‘communicating clearly’ is not the same as ‘getting angry and shouting’. In fact, raising your voice in the hope of getting your point across is almost always a bad idea as this will cause people to stop seeing it as communication and instead as an attack. And when people feel attacked, they pull up the drawbridge and get ready to defend themselves. That’s not a good place to compromise from.

So if you’re angry about something, stop. Slow down. Process the anger. Then start the conversation from a neutral place. From here you’ll be far more likely to actually get them to understand why you don’t appreciate the behavior.

Try starting with a compliment as it will soften whatever criticism is coming their way.

Realize that we don’t see what other people do

We always know exactly what we did for the dorm, but we rarely see what other people did while we weren’t there. This psychological bias causes us to overestimate how much we believe we did and underestimate everybody else’s contribution. The result is that it’s often very easy for you to feel you’re doing far more and working far harder than everybody else (even when this isn’t necessary true or isn’t true to the extent you think it is).

For that reason, before you start yelling, ask to make a list of all the activities people have already done so far. This will make it far easier to give an overall accounting (and make it clear to whoever isn’t pulling their weight that they really aren’t).

Do stuff for them

Particularly when you first come together, make sure you go out of your way to do some nice things for everybody else to show your willingness to create a good dorm. Do something that you’re good at and that you like doing. Perhaps you like to bake cookies. Perhaps you’ve got a good setup with which you can show movies. Or perhaps you’ve got a car with which you can go pick up stuff before you guys have your weekly sit down. It can also be academic, like helping them with a paper, or just by sending them links to a citation program or some cool new apps.

Sure, not everybody will appreciate what you’re doing, but enough people will that it becomes a good idea. This will give you some goodwill and give people the benefit of the doubt in future situations. Hopefully you won’t need it, but hey. Who knows what curveballs life will throw?

Be careful with doing this kind of stuff all the time, however. It is better to do it occasionally and not turn it into a commitment. Otherwise, people will stop seeing it as a kindness and start seeing it as an expectation. And when that happens, it can often end up backfiring on you.

A good strategy is for you to do different things. And if they ask you do something again, smile sweetly and stand your ground. You’ll quickly remind them not to take anything for granted – particularly not you.

This article was contributed by guest author James Scott.