By Guest Author on December 12, 2016 in Our Stories, Programs 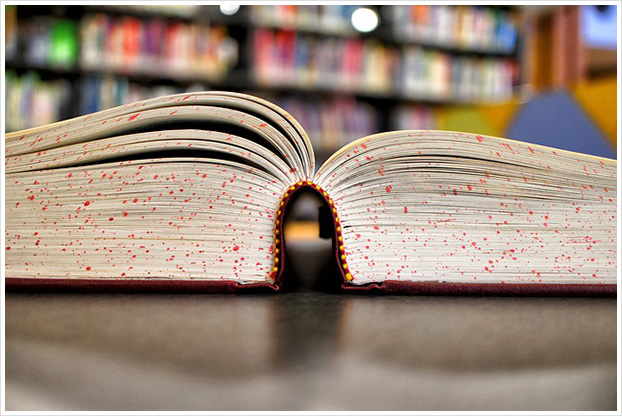 Up until recently, my ideas about the stigma of online education were admittedly vague.

I earned my Master’s degree in an untraditional program. While I was in school I often found myself subtly defending the valuable aspects of online and low-residency education. I would tell new acquaintances about my studies and notice their unimpressed micro-expressions. A furrow here, a twitch there. It made them uncomfortable.

If their reactions seem unusual, perhaps it will help to place these interactions in the highly competitive academic city of Cambridge, MA just blocks away from the top Ivy League university in the world. This is my best attempt at making sense of the odd reactions I encountered then and continue to encounter to this day.

During my online graduate program, I generally met students from other universities who were in the midst of dedicating their lives to their studies, immersed in an academic reality where competition reigns supreme. Their words, not mine. A student in a highly competitive traditional academic setting has to climb the social ladder to make the best connections and get the best job after graduation. It might sound arcane, but it’s how the system works. If you put twenty highly ambitious people in a room together, things will get competitive. There are both benefits and drawbacks to this sort of competitive academic environment for sure, and every student must decide whether the benefits or the drawbacks carry more weight for them.

One negative aspect of this sort of academic sphere is that it so often fosters barriers between people – a sort of elitism that can’t be easily understood or untangled. When I’d go out to dinner with my roommate’s Ivy League friends, I’d find myself having to explain the value of my program before I could even be recognized as a fellow student, worthy of sharing in the discourse.

Of course most of us have to do this in our own ways everyday — whether in work, school, or social situations — it simply hadn’t occurred to me that my choice of program would add to the effect. And yes, I recognize the inherent privilege in all this.

It’s the awareness of that privilege that really inspires frustration when people expose their ingrained prejudices against online programs. I hadn’t fully butted heads with this attitude until I wrote an article entitled “How I Learned to Flourish in an Online Grad Program” on a higher education blog.

The article was benign at best, a simple description of why I chose an online program, the benefits as I experienced them, and a handful of practical practices to help online students thrive in their programs.

But, oh boy, did it ever piss people off.

While the article was far from perfect, I was surprised that the general idea of online education being competitive, and in some ways superior, to traditional academic institutions was so irksome.

One commenter, who taught in higher education for a period, took offense at my assertion that I chose an online program so that I could continue working to pay the bills. He took it (and the whole article, really) as an inherent slam against traditional universities, saying the need to pay one’s bills, which for me meant working full-time, was a weak argument that straw-manned online universities. Um, ok? I’d like to visit the worry-free reality he lives in.

In fact, the ability for a student to continue working while enrolled in an online or low-residency program is one of its most valuable assets. My dear commenter made a point to share his distaste for Arizona State University, which I’d mentioned as the forerunner for taking creative measures to bring online programs to the traditional university. Yeah, I guess partnering with Starbucks to cover their employees’ college tuition really is a crummy, “hack”ish thing to do.

The fact that he couldn’t understand the idea of utilizing one’s education as career training speaks volumes to the mindset. The degree that I earned was a Masters of Fine Arts in writing, and this gentleman supposed that if I really wanted a career, shouldn’t I have chosen a professional degree rather than a humanities degree?

One of the greatest gifts of my program was that it served as intensive training for balancing my daily work life with my creative work life. During the two-year period of my program, I worked two and a half jobs and learned how to prioritize my writing, every day, no exceptions. If that’s not career training for a writer, I don’t know what is. And that’s just my personal experience in my particular field of choice. There are endless similar stories out there.

I am hopeful that the voice of insecurity I’ve recently encountered is far from the voice of academia as a whole. There are academics in positions of authority who are working diligently to make education accessible to all people – even the ones who couldn’t historically afford the financial aspect or time commitment. What is the benefit of seeing an attack in every expression of someone else’s success?

The era of academic posturing is over.

Education that reaches across barriers has many different manifestations — from online ed to low rez to corporate partnership — and those who solely cling to familiarity will fall to the wayside as the nation’s collective level of education, awareness, and life experience surpasses anything any of us have ever known.

This article was contributed by guest author Katie Kapro.