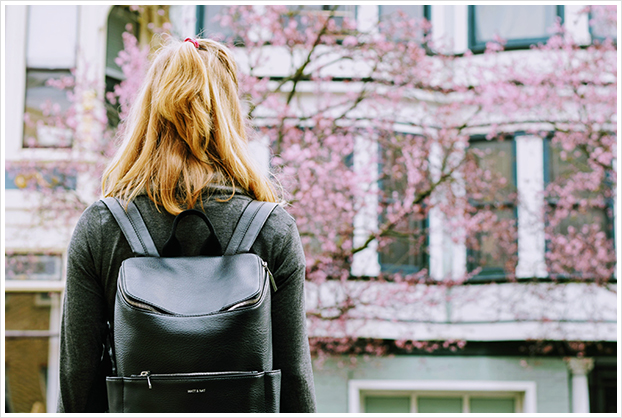 Photo by Tim Gouw on Unsplash

In the spirit of the new year, it’s time to make plans for the future and reflect on the past. Personal growth doesn’t come only from making resolutions or setting goals, but it relies a lot on learning from previous experiences. This is especially important in your first year of university/college. So, if you haven’t done it yet, here is your chance to stop procrastinating and reflect a little on what you’ve learned as a post-secondary student so far after your first semester.

1. This is not high school.

While this may seem obvious, stay with me. When I say this isn’t high school what I mean is yes, okay you literally are no longer attending secondary school, but more specifically you are now an adult and university is where you learn to act like one (more or less). By the end of your first semester you will likely have learned the hard way that no one is responsible for you anymore, except yourself. At first this seems great. No one cares what time you get home, what time you get up for class, or if you even make it to class at all. However, it doesn’t take long for all of the good habits you spent years developing to disappear overnight, and when things go wrong, the flipside of all this freedom is that you usually have no one to blame but yourself.

2. The sooner you can come to terms with failure the better.

In the land of startups there’s a strange motto these potential tech giants live by that may seem foreign to the rest of the world: “fail fast”. If taken at face value it appears as if they are encouraging companies and ideas to fail, but that’s not the case. What they are really doing is attempting to normalize failure and make it part of the process that leads to success. In other words, if you are going to fail, it’s better to get it over with quickly and move on to the next thing. The important lesson here is to let failure happen and keep moving forward in spite of it, which is something that you need to learn by the beginning of your second semester. One of the first big lessons of university life, both academically and personally, is that you are going to fail at something, but that failure is not the end of the world. It’s how you respond that matters.

Remember all those friends you met during frosh week? I hate to break it to you, but most of them are not going to be around come the end of the semester. In university, people will constantly come into and go out of your life. For the first time, you won’t have the same day-to-day schedule as most of your friends and you’ll learn very quickly that maintaining adult friendships requires work. People get busy. People lose touch. If you really value someone’s friendship, you need to make an effort to see them. However, the upside of meeting a lot of new people is that you also have the opportunity to be a bit selective. The one thing you’ll learn as a university student is that when it comes to relationships, quality matters infinitely more than quantity. You need friends who aren’t just there for a good time, but who are going to be there for you when times get tough.

At the end of your first semester of university, you are no longer the same person you were just a few months ago. You may have moved away from home for the first time, and you’ve been exposed to new people, new ideas and a new way of life. In the process, you’ve found out a lot about yourself and what really matters to you. You may not realize it right away, but this is a big turning point. Who you become now is going to determine your life going forward. Embrace these changes and seize the corresponding opportunities that arise. Then change your mind again. Experience as much as you can while you have the time and the freedom to do so.

5. It’s okay to have no idea what you’re doing.

Here’s a heads up: no one does. Everyone who seems to have their life together is usually just as confused and stressed out as you are beneath that perfect exterior. Don’t compare yourself to anyone else and don’t feel pressure to do something because you think that you should. Now is the time to listen to your heart and tune everyone else out. I know that may sound cliché, but everything is going to be so much easier and more exciting if you take this time to find out what you’re really passionate about. Life will sort itself out one way or another. Don’t waste time worrying if you don’t have it all figured out right this second.

6. When you can, choose sleep.

This is, hands down, the best advice. Sleep is so much more important than whatever it is you were going to do instead. I know that as a student, a lot of the time it’s not realistic to expect a full eight hours of quality sleep every single night, but that doesn’t mean you’re off the hook. Just because no one is enforcing a bedtime doesn’t mean that you shouldn’t have one. A lack of sleep will catch up with you. Sleep deprivation takes a mental, physical and emotional toll that no amount of caffeine is going to be able to counteract.

7. If you aren’t already, get involved.

Join a club. Play a sport. Start something. Create something. Do something. Do anything. In school there are so many opportunities to try new things and meet new people, most of which do not exist in the “real” world. Get out there and take advantage of them. Life is about balance and this is one of the best ways to find some as a student.